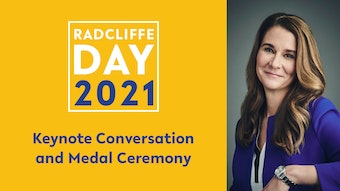 Drawn from the rich collections of Radcliffe's own Schlesinger Library on the History of Women in America, we offer ten profiles of individuals seeking greater gender equity in the United States. These brief biographies span time, genders, methodologies, and the political spectrum.

We salute the efforts of these and numerous other women and men—who have championed gender equity and continue to work toward a more equitable United States.

We encourage you to explore this topic further through our Radcliffe Day programming, our Achieving Gender Equity in the United States video series, and the collections of the Schlesinger Library. 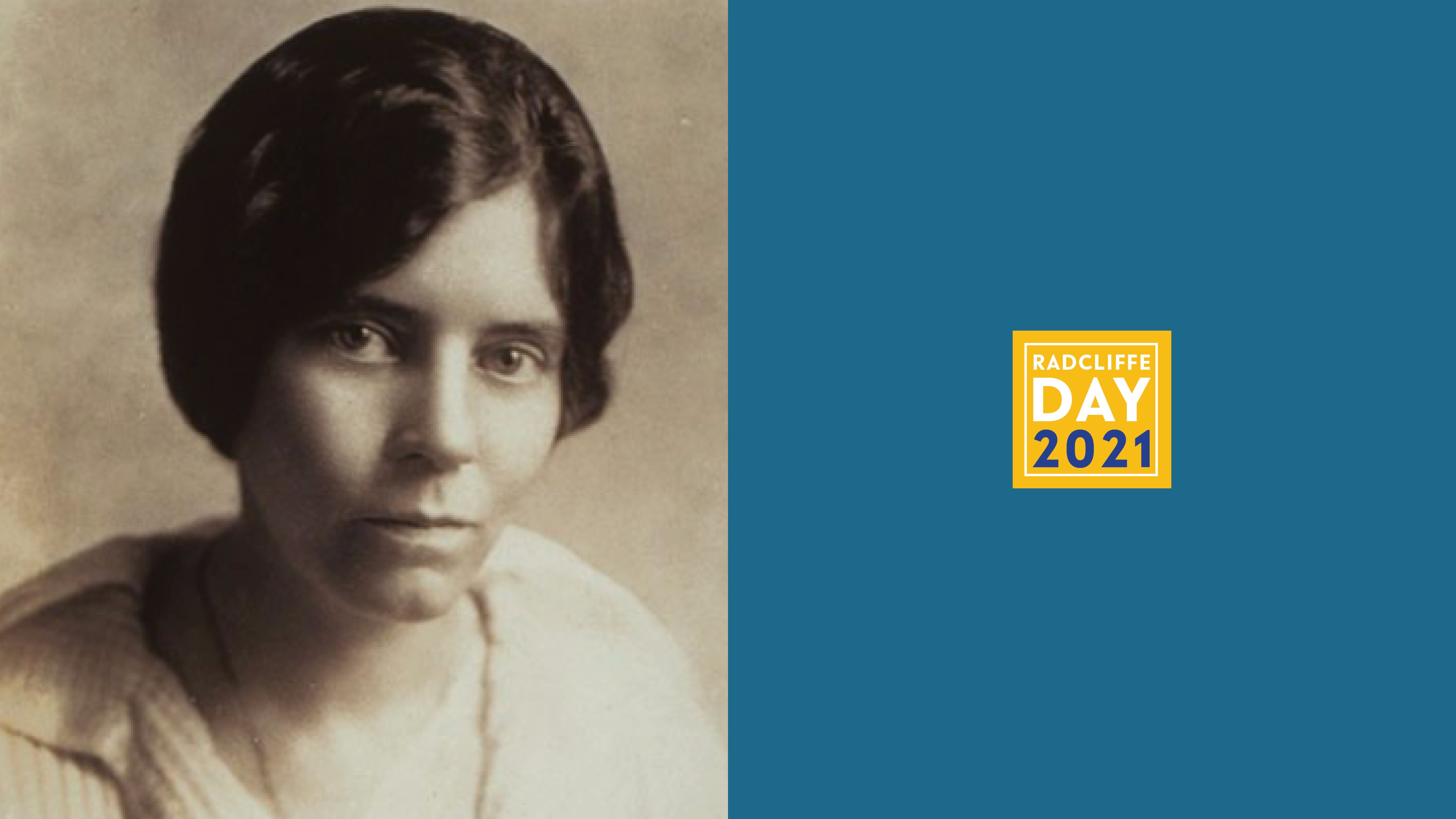 Alice Paul worked for gender equity at the ballot box, leading the fight to pass the 19th Amendment, which secured voting rights for many women across the United States.

A lifelong gender-equity advocate, Paul worked for women’s equality through her grassroots protests and writings. Born into a Quaker family, she graduated from Swarthmore College in 1905 and later earned a doctorate from the University of Pennsylvania. After working with women’s groups in Europe, Paul returned to the United States and became active in the National Women’s Suffrage Association before forming the National Women’s Party. Paul led protests and was arrested and imprisoned for her efforts to secure voting rights for women. In addition to her steadfast commitment to suffrage, Paul worked for gender equity by coauthoring the Equal Rights Amendment in 1923. 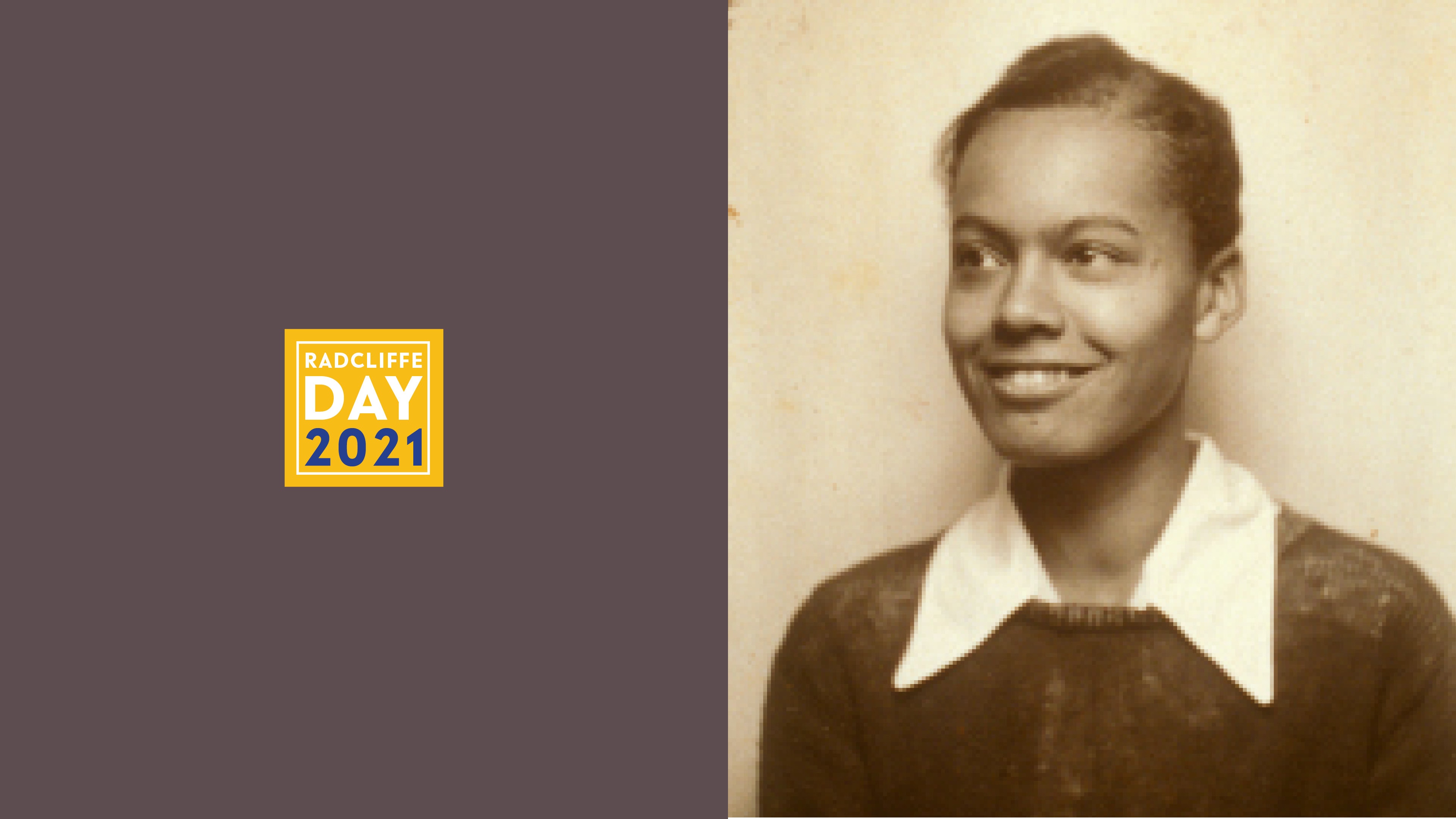 In her life and work, the lawyer, activist, Episcopal priest, and scholar Pauli Murray exemplified intersectional activism for civil rights and women’s rights.

Murray fought in myriad ways against the racial and gender confines imposed across American society. A Howard University–educated lawyer, Murray was on the team of students—its only woman—that helped craft the argument for ending the de jure segregation that prevailed in Brown v. Board of Education (1954). She coined the term “Jane Crow” to describe the doubled discrimination that Black women face in America. A founding member of the Congress of Racial Equality and the National Organization for Women, she was also a pioneer of African American genealogy. In 1977, she became the first Black woman ordained in the Episcopal Church. Murray expressed and described a nonbinary gender identity, and today, scholars consider her gender-fluid. 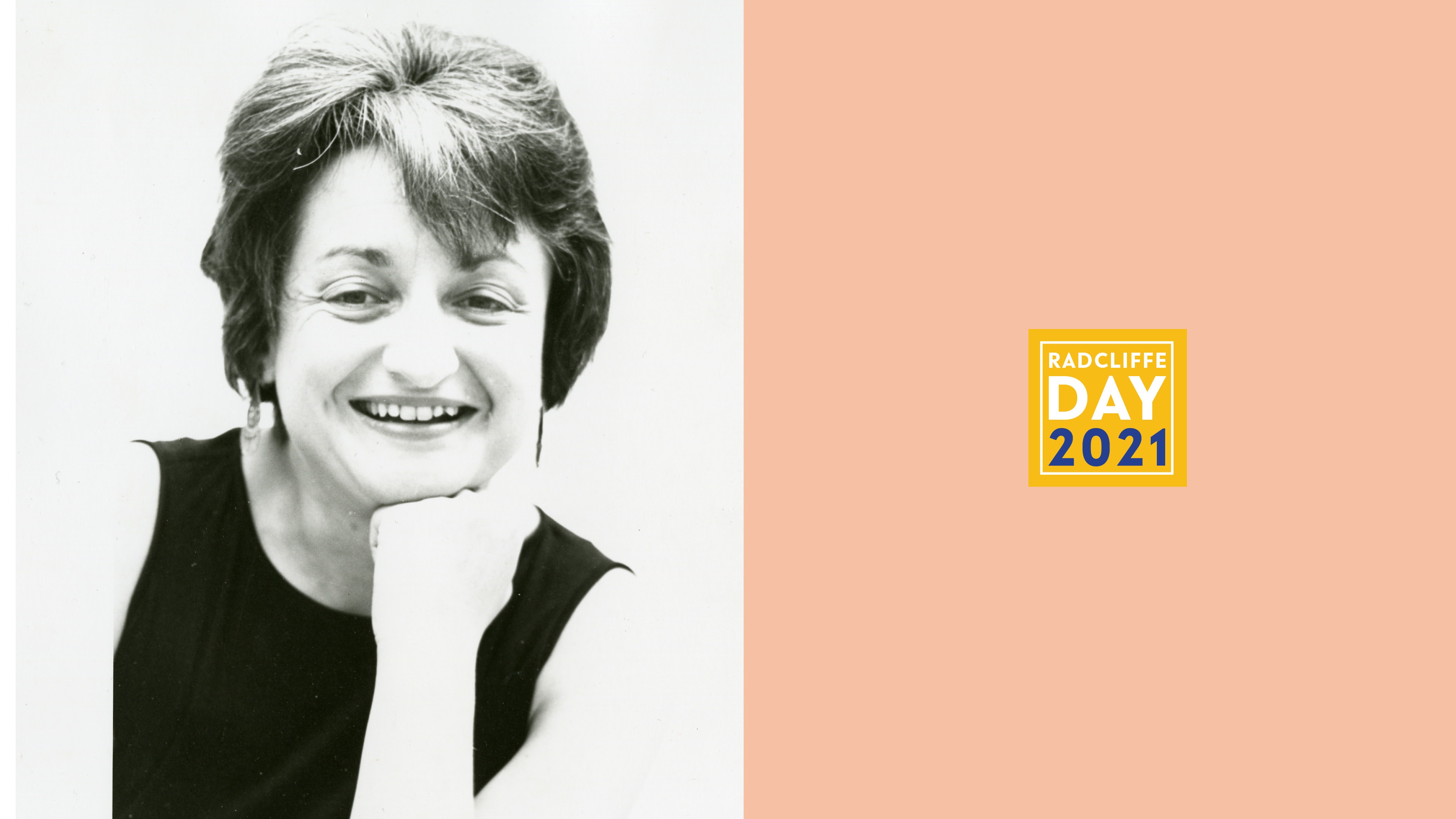 The writer and organizer Betty Friedan worked for gender equity by sharing women’s stories and by building institutions that fought for expanded legal rights.

As a young woman, Friedan worked as a labor journalist but was fired when she became pregnant. Her best-selling 1963 book, The Feminine Mystique, described the lives of white American women like her: educated, married, with children, and lacking an intellectual or professional outlet. The book’s runaway success thrust Friedan into the national spotlight, and she became a leading voice for women’s equality. She cofounded activist groups that tried to gain legal and political equity for women, including the National Organization for Women, the National Women’s Political Caucus, and the National Association for the Repeal of Abortion Laws (now NARAL Pro-Choice America). Friedan was an ardent supporter of the Equal Rights Amendment and campaigned for its passage around the country until its defeat in 1982. 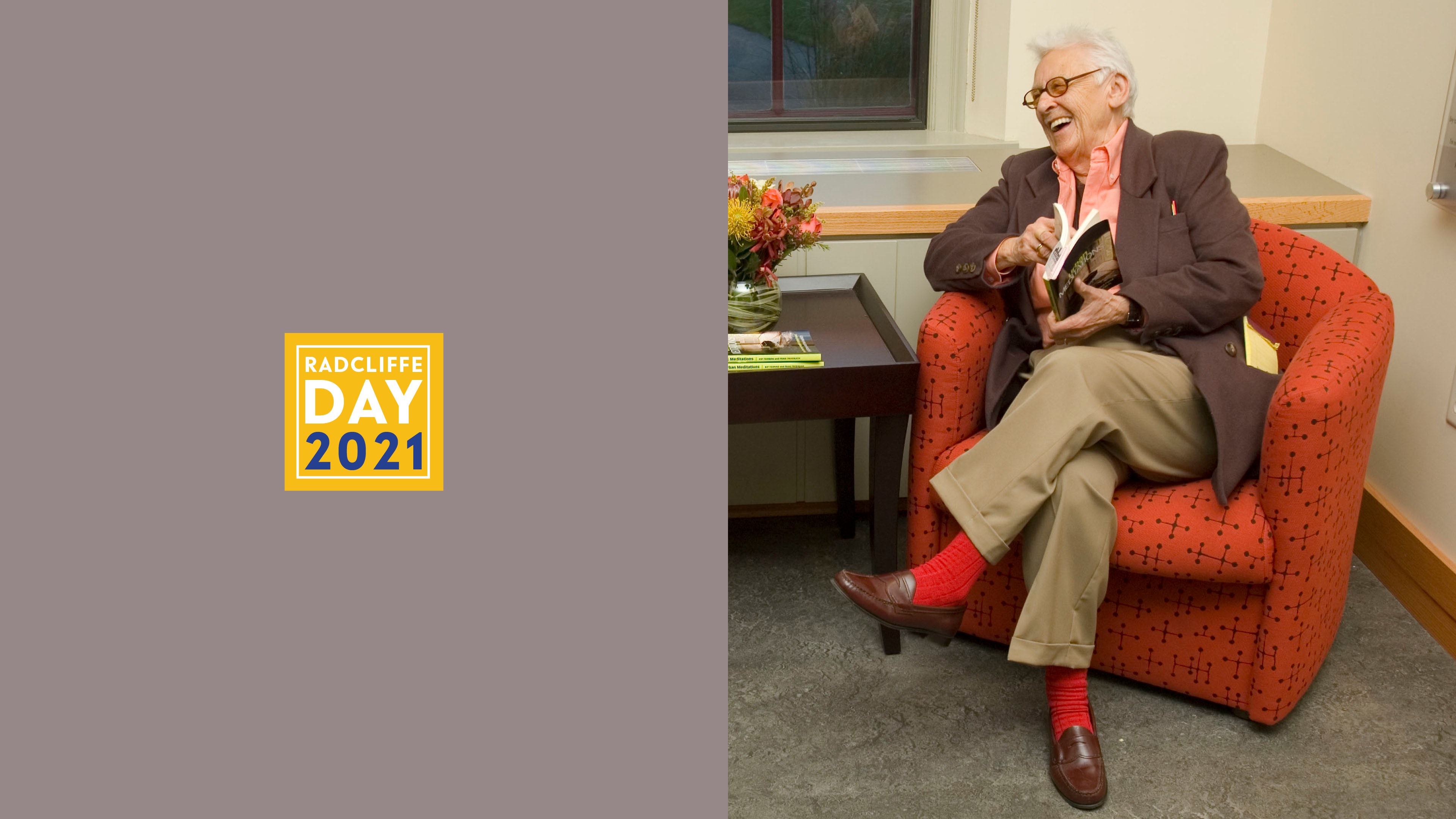 The Boston activist Kip Tiernan advanced gender equity for the poor and displaced by founding the nation’s first shelter for homeless women, Rosie’s Place, after discovering that women were disguising themselves as men in order to enter shelters.

Tiernan, raised by a grandmother who fed poor people during the Depression, was an advertising and public relations professional for 20 years. Influenced by Catholic social activists in the 1960s, she embarked on a new life of service to the poor, particularly women. She devoted the rest of her life to Rosie’s Place and related activism. With Fran Froehlich, she also started the Boston Food Bank and helped launch Boston Health Care for the Homeless, Community Works, Aid to Incarcerated Mothers, Finex House, Food for Free, John Leary House, My Sister’s Place, Transition House, the Greater Boston Union of the Homeless, and Boston’s Emergency Shelter Commission. 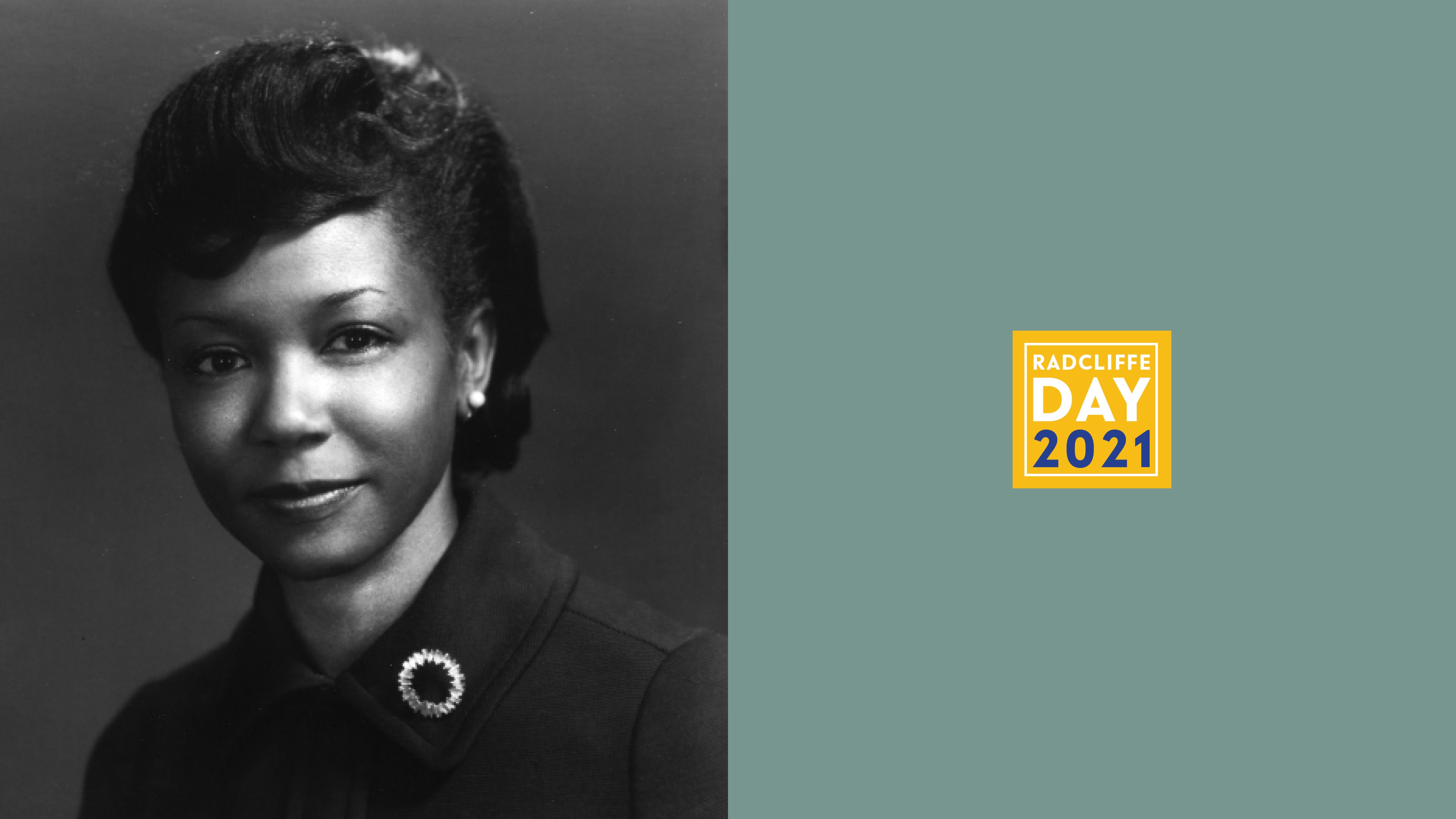 A renowned speaker, physician, and national leader in the right-to-life movement, Mildred Jefferson fought against abortion as a form of inequity that targeted poor women and women of color.

The only child of Millard and Guthrie Lee Roberts Jefferson, she dedicated her life to the health and safety of pregnant women and babies. The first African American woman to graduate from Harvard Medical School, Jefferson became active in the pro-life movement in 1970, when she signed a petition objecting to the American Medical Association’s resolution regarding abortion. The petition’s failure prompted Jefferson and others to organize the Value of Life Committee, the first of many local and national pro-life organizations. Jefferson employed her medical expertise and social-justice analysis within the legal system. Appearing as an expert witness in key trials and testifying in congressional, state, and municipal hearings, she argued that poor women and women of color were steered disproportionately toward abortion because of economic inequities. Jefferson became a leader in the Republican Party, decisively influencing Ronald Reagan’s position on abortion. 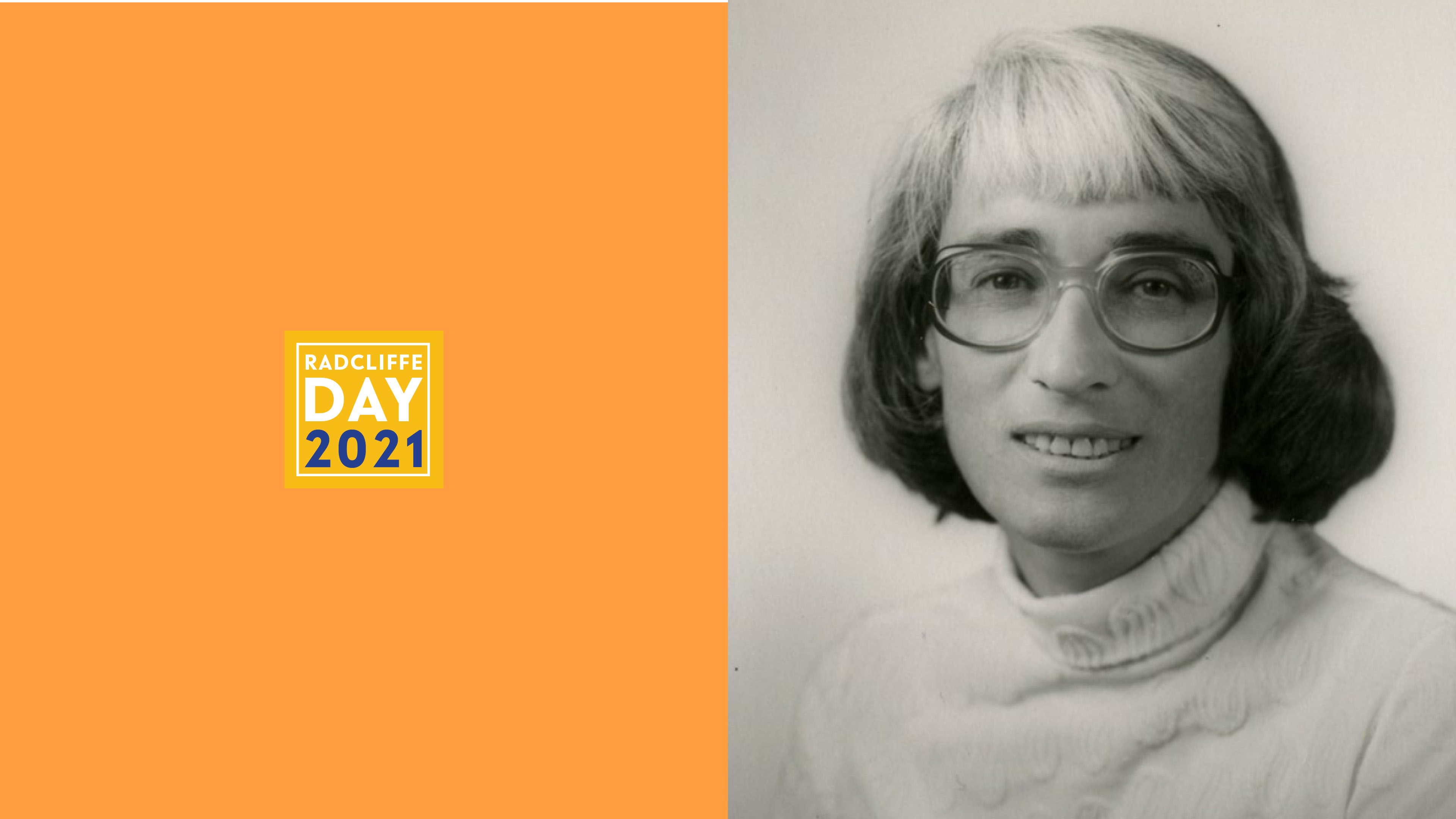 Sandler received a PhD in the late 1960s but found few university jobs open to her because of her gender. She worked with the Women’s Equity Action League (WEAL) to investigate the issue, talking to hundreds of women and helping to file lawsuits on their behalf. Her research on gender discrimination in hiring in colleges and universities was instrumental to the federal legislation Title IX of the Education Amendments of 1972, which prohibits sex-based discrimination at any educational institution receiving federal funding. Title IX transformed girls’ sports and affected hiring and other issues. As director of the Association of American Colleges’ Project on the Status and Education of Women (1971–1991), Sandler helped individuals and institutions nationwide understand and implement Title IX. Her continued research on gender equity in educational settings led to important scholarship on classroom climate, sexual harassment, and campus rape. 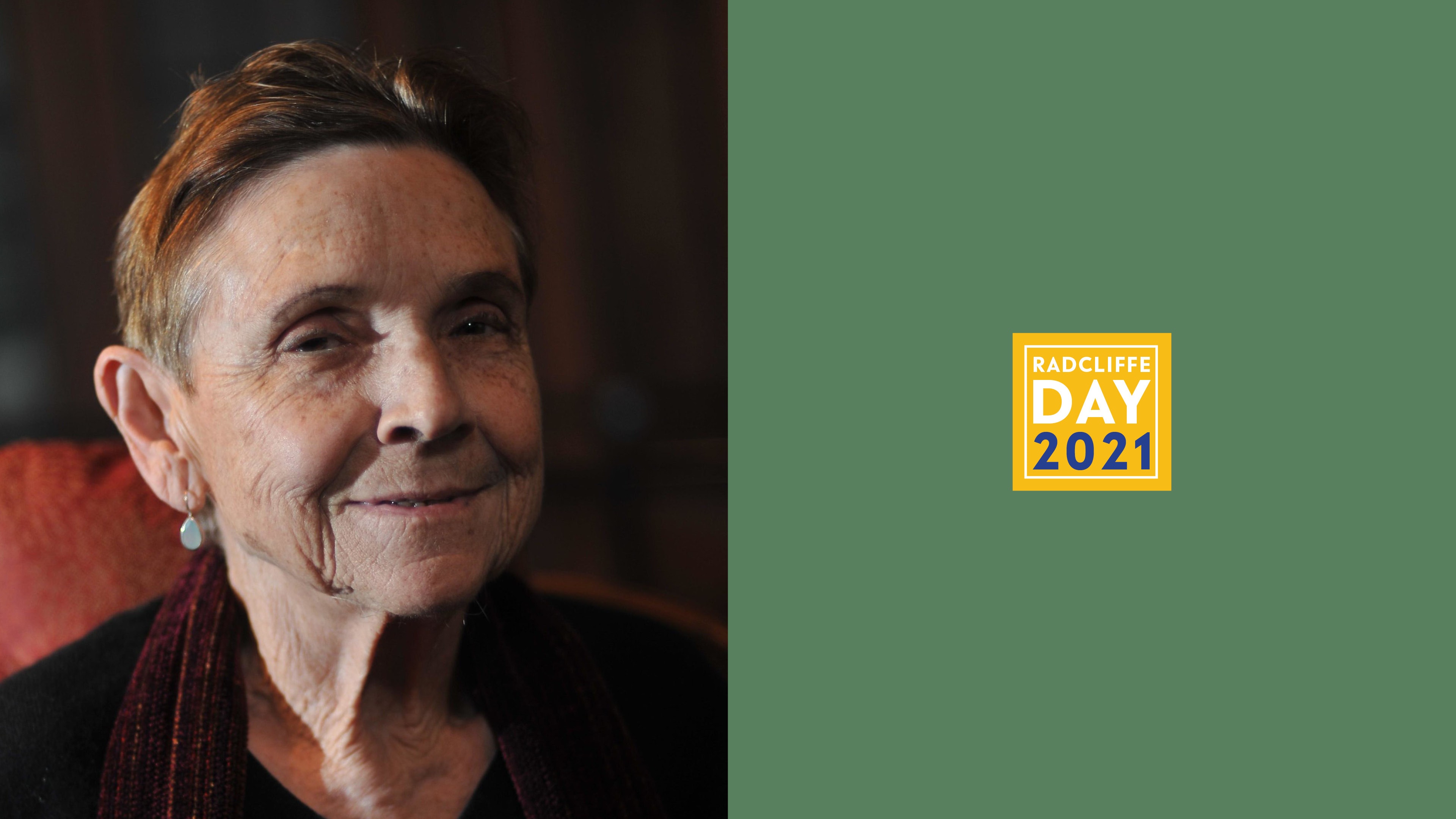 Adrienne Rich ’51, a lesbian feminist poet, worked for gender equity by critiquing in her writing and speeches the cultural structures that oppressed women.

Rich was a celebrated poet who explored issues of female sexuality, motherhood, and civil rights in both verse and prose. Rich was radicalized by motherhood, and her poetry evolved from polite, formal rhyme schemes to politically charged and explicitly feminist free verse. She was outspoken about gender and racial biases in American poetry, as in the world at large. Working with her fellow poet June Jordan, Rich advocated for educational equity while she taught at City University of New York. Her fearless critiques named gender inequities and called for artists to be recognized as political actors. Rich herself grew into a public intellectual, commenting on women’s rights, sexual freedom, racism, US foreign policy, and the treatment of oppressed people around the world. 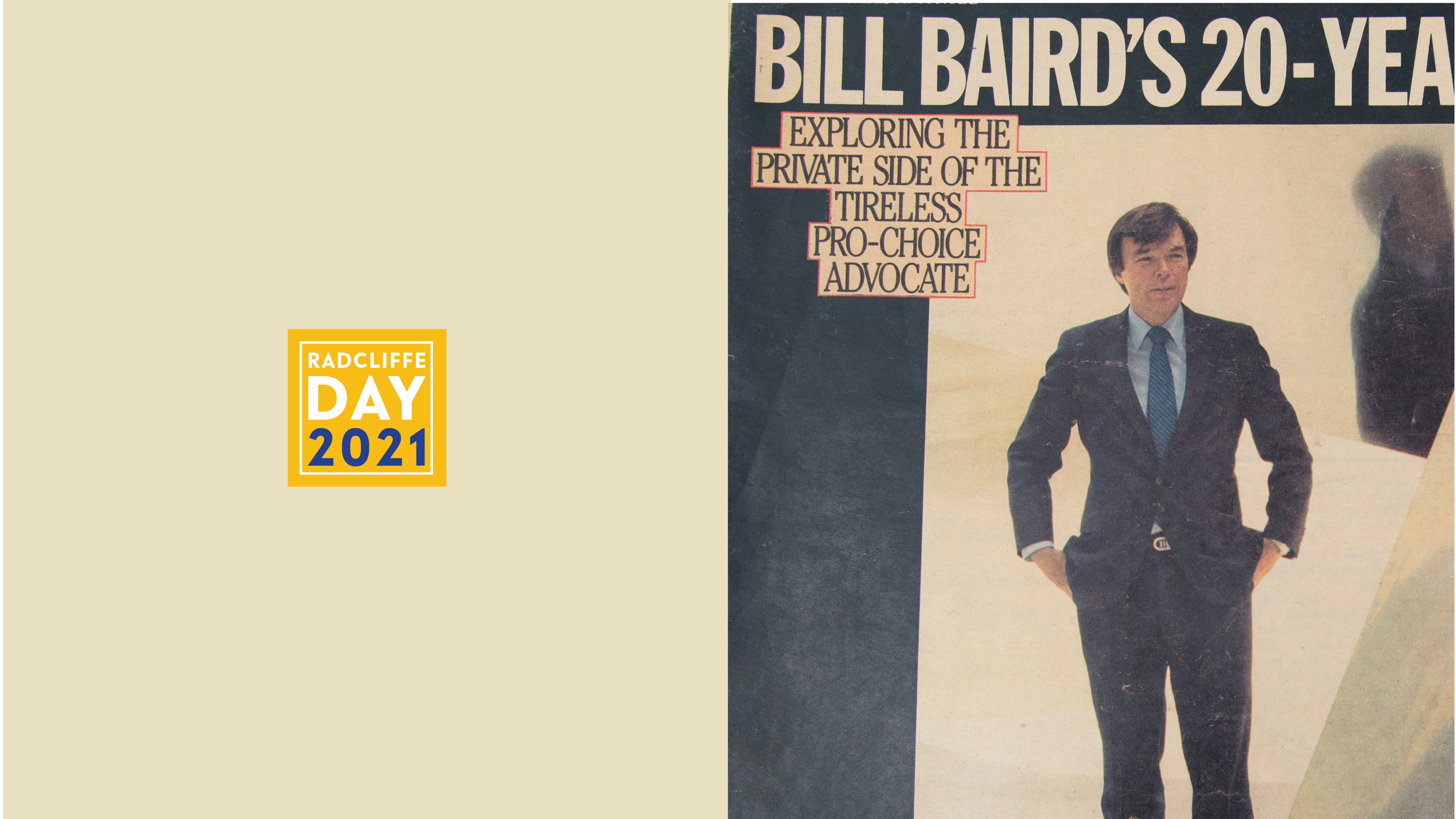 Bill Baird has worked for equity in women’s reproductive rights since the 1960s, providing access to reproductive health care in clinics and speaking out for the right to birth control and safe abortion.

Baird was a clinical director for EMKO Contraceptive Foam when he witnessed the death of an unmarried woman from a self-induced abortion in Harlem Hospital in 1963. He began speaking publicly about birth control and abortion, opened abortion clinics, and challenged laws restricting contraception to married women. Following his 1967 arrest at Boston University for distributing contraceptives to an unmarried woman, Baird took his case to the Supreme Court, which ruled in Eisenstadt vs. Baird (1972) that birth control was legal for all women. Baird’s clinics were bombed on multiple occasions, and he was threatened and criticized for his confrontational actions. He continues his activism to the present day. 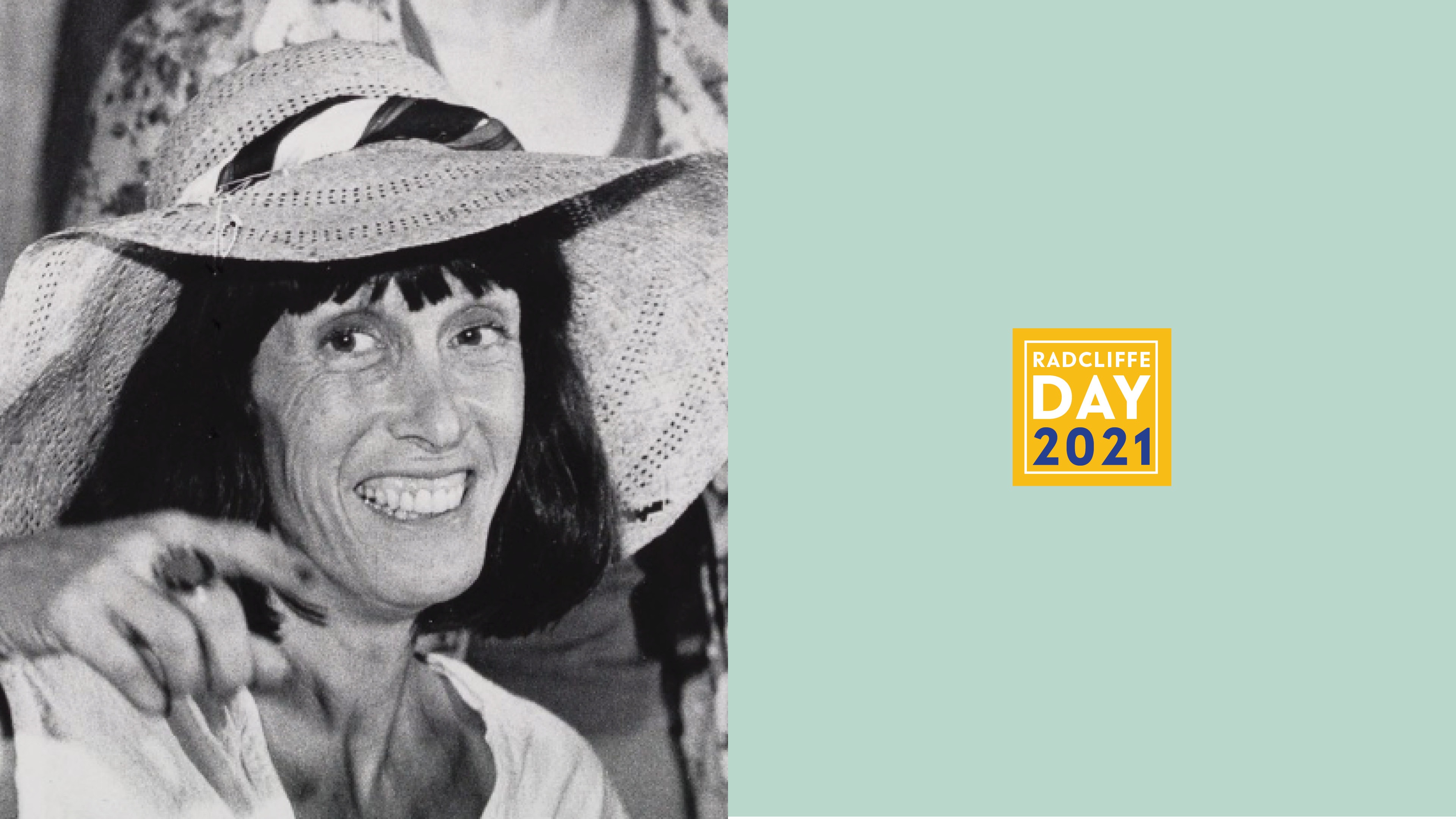 Margo St. James, a pioneering advocate for the decriminalization of prostitution, worked for gender equity in laws targeting sex work.

St. James moved to San Francisco as a young woman, in 1958. A few years later, she was arrested and convicted on a charge of prostitution, and although she claimed innocence, her subsequent difficulty finding work led her to sex work. These experiences radicalized her and led to a life advocating for sex workers’ rights. In 1973, St. James founded COYOTE (Call Off Your Old Tired Ethics), a feminist organization that provided medical and legal services for sex workers, advocated for changes to prostitution laws, and educated the public and policy makers about prostitution. St. James saw existing prostitution laws, which targeted sex workers but not their customers, as a form of sex discrimination. In the 1980s, she began to work internationally, living in France and organizing an International Committee for Prostitutes’ Rights. Returning to San Francisco in the 1990s, she cofounded the St. James Infirmary, a clinic focused on sex workers’ medical needs. 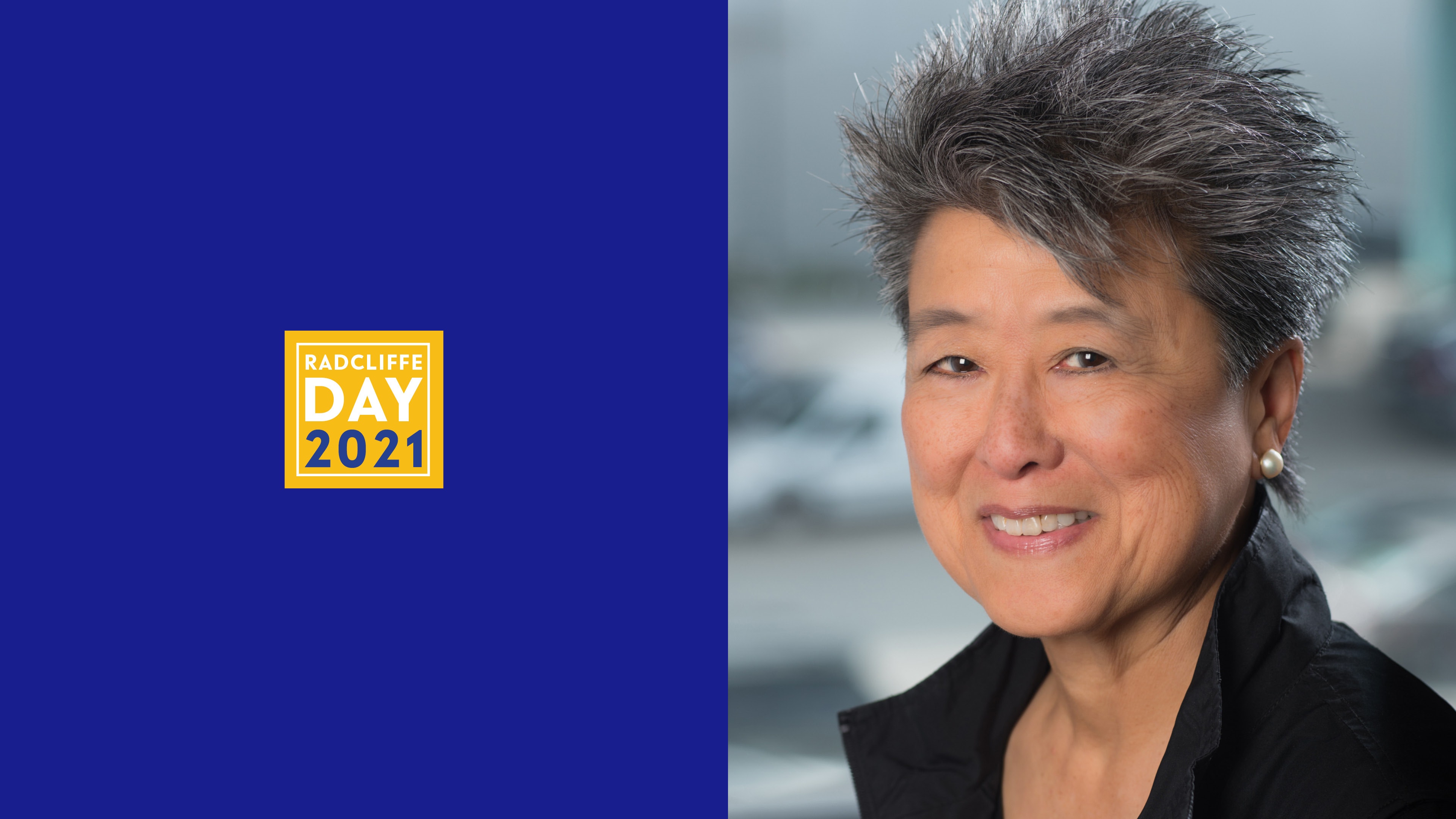 A driving force in the Asian American, feminist, and LGBTQ movements, Helen Zia has fought against race-based injustice and worked for more than 40 years to create equity in America.

The daughter of immigrants from Shanghai, Zia grew up in New Jersey during a time of rapid social change. Outraged by injustice and discrimination and inspired by the movements to correct them, Zia has worked tirelessly to drive change herself. In 1982, while Zia was living and working in Detroit, Vincent Chin, a Chinese immigrant, was murdered by assailants who used racial slurs. The man’s violent death and the lenient treatment his murderers received propelled Zia to the forefront of a burgeoning national Asian American movement. As a journalist and scholar, she has spent her career confronting race- and gender-based violence and injustice.