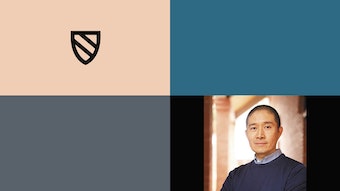 Play video
Between Worlds: China’s WWII Interpreters and Their Divergent Fates in China, Taiwan, and the United States

David Cheng Chang is an associate professor in the Division of Humanities at the Hong Kong University of Science and Technology. He studies the Cold War, US–China relations, and the social history of war and revolution as experienced by ordinary people. The Hijacked War: The Story of Chinese POWs in the Korean War (Stanford University Press, 2020) is his first book.

At Radcliffe, Chang is working on his next book, “Between Worlds: China’s WWII Interpreters and Their Divergent Fates in China, Taiwan, and the United States.” Focusing on the more than 3,000 Chinese college students, including 22 women, mobilized to serve as interpreters for the American and British allied forces in the China-Burma-India theater, he examines their diverse backgrounds, varied wartime experiences, and divergent postwar trajectories. Using interdisciplinary source materials, including documents, oral histories, memoirs, reportage, poetry, and literature, he will weave together the interpreters’ personal histories with the larger military, political, diplomatic, and social history of the Second World War, the Chinese Civil War, the Korean War, and the Cold War.