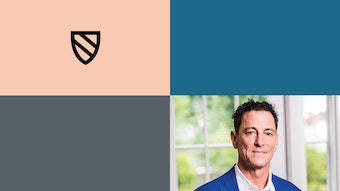 This information is accurate as of the fellowship year indicated for each fellow.

Edward Ball is a nonfiction writer who has published five books of history and biography, including Slaves in the Family (Farrar, Straus & Giroux, 1998), an account of his family’s 170-year history as slaveholders in South Carolina. Ball is interested in the place of history and memory in the lives of ordinary people. Since 2010, he has taught nonfiction writing, part-time, at Yale University.

At the Radcliffe Institute, Ball is investigating the life of a fighter in the Ku Klux Klan in Louisiana, a member of Ball’s own family, examining the role of a participant in the race terror that spread through the South after the end of the Civil War, during Reconstruction. The book he is writing is outwardly the biography of a plain Southerner, a person neither distinguished nor well documented, while it is also an attempt to explore the roots of white supremacy.

Winner of a National Book Award for Slaves in the Family, Ball has written two books that reached the New York Times Best Sellers list. He is the recipient of a fellowship from the Dorothy and Lewis B. Cullman Center for Scholars and Writers at the New York Public Library and a grant from the Public Scholar Program of the National Endowment for the Humanities. His book The Inventor and the Tycoon: A Gilded Age Murder and the Birth of Moving Pictures (Doubleday, 2013)—a story of the photographer Eadweard Muybridge in 1880s California—is in development as a television miniseries.