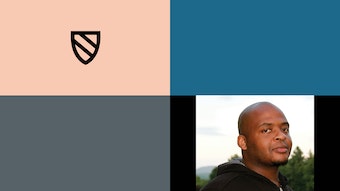 Play video
And So On: Reading and Conversation with Kiese Laymon

Kiese Laymon is the Hubert H. McAlexander Professor of English and Creative Writing at the University of Mississippi. He is the author of the novel Long Division (Agate Bolden, 2013), the essay collection How to Slowly Kill Yourself and Others in America (Bloomsbury Publishing, 2016), and Heavy: An American Memoir (Scribner, 2018), which won the Andrew Carnegie Medal for Excellence in Nonfiction and the Los Angeles Times–Christopher Isherwood Prize for Autobiographical Prose.

During his fellowship year, Laymon is working on his latest project, “And So On: An Academic Horror.”

Laymon earned a BA at Oberlin College and an MFA in fiction from Indiana University. In fall 2017, he served as the distinguished visiting professor of nonfiction at the University of Iowa. Laymon has written essays, stories, and reviews for numerous publications, including the Best American series, Colorlines, Ebony, ESPN the Magazine, Esquire, the Fader, Granta, the Guardian, Guernica, Literary Hub, the Los Angeles Times, McSweeney’s, the New York Times, NPR, Oxford American, the Paris Review, PEN America: A Journal for Writers and Readers, Travel + Leisure, Vanity Fair, and the Virginia Quarterly Review.

Unearthing "The Man Who Lived Underground" for the First Time (Harvard Gazette, 4/19/21)