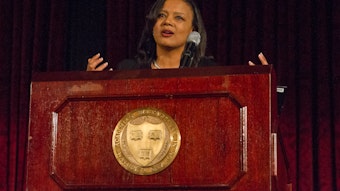 Tomiko Brown-Nagin is dean of Harvard Radcliffe Institute, Daniel P.S. Paul Professor of Constitutional Law at Harvard Law School, and member of the history department at the Harvard Faculty of Arts and Sciences. An award-winning legal historian and an expert in constitutional law and education law and policy, she is a member of the American Academy of Arts and Sciences, the American Law Institute, and the American Philosophical Society, a fellow of the American Bar Foundation, and a distinguished lecturer for the Organization of American Historians. A frequent lecturer and media commentator about issues in law, history and higher education, Brown-Nagin has published articles and book chapters on a wide range of topics, including the Supreme Court’s equal protection jurisprudence, civil rights law and history, the Affordable Care Act, and education reform. Her 2011 book, Courage to Dissent: Atlanta and the Long History of the Civil Rights Movement (Oxford), won six awards, including the Bancroft Prize in U.S. History. In her latest book, Civil Rights Queen: Constance Baker Motley and the Struggle for Equality (Pantheon, 2022), Brown-Nagin explores the life and times of Constance Baker Motley, the pathbreaking lawyer, politician, and judge.

For an overview of Dean Brown-Nagin’s work, see “Both Sides Now,” a recent profile by Harvard Magazine.

Brown-Nagin held the 2016–2017 Joy Foundation Fellowship at the Radcliffe Institute for Advanced Study and became dean of the Institute on July 1, 2018.

"It Would Be Glorious": Hopes High for Biden to Nominate First Black Woman to Supreme Court (The Guardian, 4/20/21)

"The Rule of Law Is at Stake": Harvard Law School Faculty Weigh In On Impeachment (Harvard Crimson, 1/13/21)

How Amy Coney Barrett Would Reshape the Court — And the Country (Politico, 9/26/20)